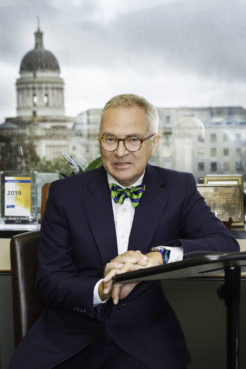 Regarded as one of the premier criminal defense lawyers in New Jersey, Brian J. Neary devotes his practice to the rigorous defense of those accused of crimes. He represents people in both state and federal courts on charges ranging from murder and street crimes to fraud and complex white-collar crimes. With offices in Hackensack and Jersey City, he is also an accomplished appellate lawyer and has argued in the New Jersey Supreme Court, the Appellate Division, as well as the Second and Third Circuit Federal Courts of Appeals.

Widely known in the halls of justice and in the press as “the lawyer with the bow-tie,” Mr. Neary is a renowned legal educator and media commentator whose client list includes professional athletes, entertainers, lawyers, doctors, business leaders, law enforcement employees, public officials, friends and neighbors. He is a leading practitioner in driving while intoxicated cases, including vehicular homicide.

For more than 25 years he has been selected by his colleagues in the legal community for inclusion in Best Lawyers in America, universally regarded as the definitive guide to legal excellence in the U.S., in three 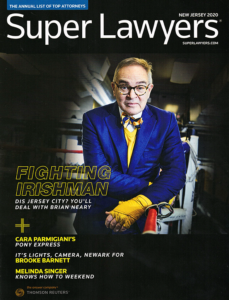 Mr. Neary has served as an adjunct professor of law at Rutgers Law School in Newark for over 30 years. He is also a visiting faculty member of Notre Dame Law School’s intensive Advocacy program. He regularly teaches criminal law and trial advocacy to judges and lawyers.

Mr. Neary is a Phi Beta Kappa graduate of the University of Notre Dame. He received his law degree from New York University School of Law.